At the end of June we presented the first ever burlesque show at Down the Road Brewery in Everett. Credit to Devastasia for suggesting the venue. It was, shall we say, an eventful show. 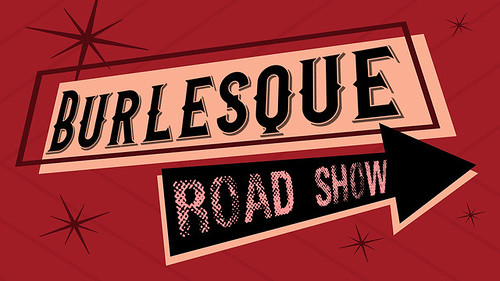 True confessions first, I was very worried about the show. Ticket sales were rather slow. But, as it turned out, the house was pretty packed.

Although they have a big stage, it’s not a theatre and we had to bring in pipe & drape and some lighting. We also brought our own vintage-style microphone, but didn’t have enough cable to connect with their audio, but fortunately they provided a wireless microphone. If you were at the show, that’s why Scratch was having trouble with the volume levels. The lighting wasn’t wonderful — next time we’ll try something else. And the stage was mighty slippery. I was worried about the tap dancers. AS it turned out, they were fine.

Before I get into the show itself, I want to share these great promo images Scratch created. I believe all three photos were taken by Charles Jones (correct me if I’m wrong, please). 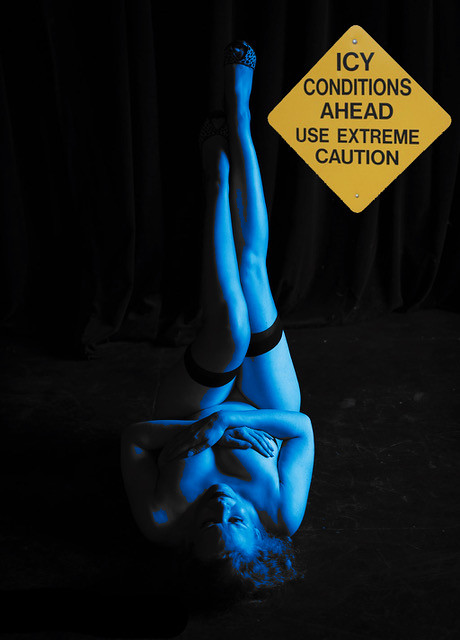 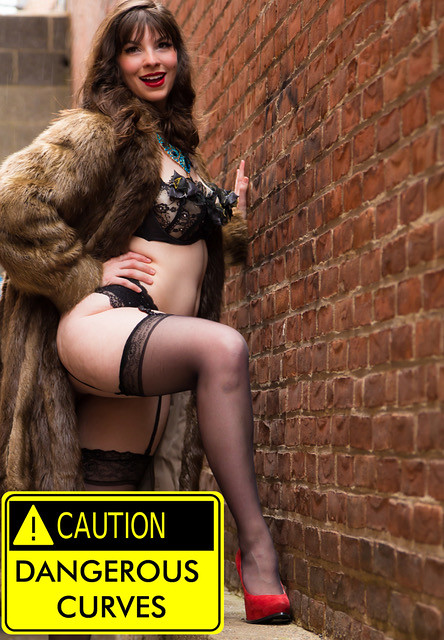 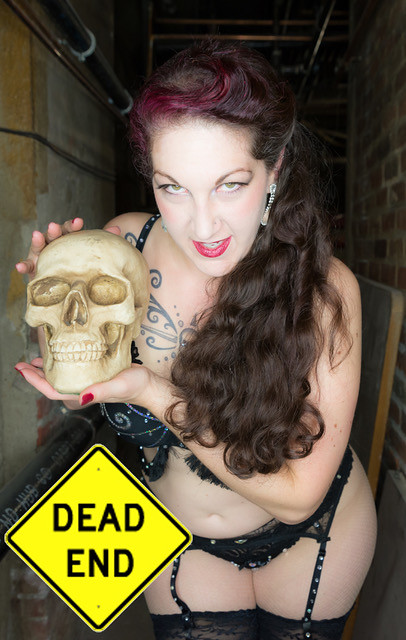 The show was alcohol themed (because why not) and it went a little something like this:
(Act one performance photos by Jo Oltman)

Devastasia, Mina Murray, Stephanie: Poison
We’ve performed this one before, with three sexy, but rather stupid, murderesses who don’t seem to notice that EVERYONE’s glass is poisoned. New for this show were the matching pasties. I made the skull & crossbone bases and Devastasia did the gorgeous rhinestone job. They look amazing, but I was having a heck of a time twirling. I could only get one tassel going at a time.

Brigitte Bisoux: Alcohol
Brigitte created this act for The Wrathskellar as The Broad. It’s too good to save just for once a year, so she has a slightly more cheerful version for general audiences. I hope audience members noted the bottle from which she was drinking. There was nothing special about it at this time. We’ll get back to it. It was great that the stage had steps down so Brigitte could get into the audience to steal drinks and crush people to her bosom.

Artemisia Vulgaris: Scotch and Soda
Artemisia has such a lovely voice and we like to give her a chance to use it at least once a show. This is kind of a slow, smokey song, but it was livened up during the musical bridge as Artemisia chatted with the audience.

Betty Blaize, Tahni: Absinthe
This one hasn’t seen the stage in a long time. I think the last appearance was French Kiss back in 2010. Betty, as an old school Goth (which she is), mourns her lack of absinthe. Suddenly a giant absinthe bottle runs onto stage and starts tap dancing! Tahni the Green Fairy pops out to continue her dance and offer Betty some absinthe. Betty in her delight begins stripping and the horrified Fairy rescinds her gift. Tahni made that lovely gauzy fairy costume herself. Our new bottle was constructed by Scratch and made beautiful (as usual) by Devastasia.

Devastasia: Love Potion Number 9
Okay, this wasn’t quite fitting the theme, as the love potion in evidence is a perfume, not a drink.

Scratch: Magic
Scratch did something impossible with a bottle of vermouth. This was just a little something to kill time while the stage kittens were setting up for…

Mina Murray: French Champagne
This is one of my signature acts, last seen at ABurlyQ last August. It requires a lot of set up and potentially some clean up, depending on how well I’ve positioned myself for the climax of the act, so it only works for certain shows, but I love it. People are usually surprised to see me as a blonde.

(There are some nice pictures of Act Two by Jo again, but they’re on Instagram, so I can’t make them show up here.)
Brigitte Bisoux: Oh, So Quiet
This is a brand-new act from Brigitte. What would a show about booze be without a hangover. And Brigitte is wearing tap shoes. Fortunately a little Gatorade gets her back on her toes. Ultimately it’s the hair of the dog that revives her completely. Observant audience members will note it was the same bottle that did her in in “Alcohol”.

Betty Blaize: Cocktails for Two
Another number from Betty that hasn’t been seen in a very long time. It was created for Dewer’s Reveal Day celebration back in, I think, 2008. Betty took this opportunity to completely revamp her Statue of Liberty costume and refine the choreography.

Artemisia Vulgaris: One For My Baby (and One More for the Road)
This is a new act from Artemisia and I love it! It’s so slow and slinky and she sprawls on a fur stole in such a classic style.

Devastasia: One Mint Julep
Another debut act — a flirty dance with a parasol. The remarkable thing about this one is the costume. When we presented Wrathskellar Tales I went to Savers and bought a whole bunch of gowns to fill the Diva’s armoire. One of them was a fairly boring mint green probably bridesmaid dress, with no embellishment at all. Devastasia thought the color was perfect for this act and ransacked the troupe trimming box to make it into a stunning costume. I wish I had a before and after picture to show you the amazing transformation.

Mina Murray: Am I Blue
This is a new fan dance and I got to wear my new cage thong from Burluxe. Remember that slippery stage? I was the one who almost wiped out. I was going down to one knee and my foot slid out from under me. Fortunately I just ended up sort of ungracefully on my butt. Devora had surprised us by showing up in the audience and she said she thought it was “very sincere”.

Artemisia Vulgaris, Betty Blaize, Stephanie, Tahni: Puttin’ on the Ritz
Scratch asked Betty for a new group number and gave her some parameters. She exceeded all expectations with the choreography and the dancers did an amazing job with it. It’s one of the best group numbers we’ve done recently.

After the show we talked to audience members (one of who gave me something amazing that deserves its own post) and got a well-deserved drink. It was maybe 15 or 20 minutes all told, plenty of time later to strike, pack up, and load out. Then the fire alarm went off.

We all went outside. I figured this would be a short interlude since it was clear there wasn’t actually a fire. Then the fire truck showed up. The firemen went inside and eventually the alarm went silent. We continued waiting. Next thing we knew, the ladder extended from the truck to the roof of the building and a couple of firemen headed there. Uh oh.

Then the brewery announced that they were shut down by order of the fire department. It was the CO alarm that had gone off. We were incredibly flustered — all our stuff was inside, not just our costumes and other gear, but personal items like purses, phones, and car and house keys. Eventually the firefighters escorted us inside in small groups to get our most important stuff. Of course, I grabbed my fans as well as my purse. And the above-mentioned amazing thing.

If you want to hear all about this right after it happened, become a Patron and you can watch a video where I babble all about the incident after I got home.

Early the next morning, when we would have rather been sleeping in, most of us returned to Down the Road to sift through the chaos that was our dressing room (we were using the back hallway and the firefighters had to move a bunch of our stuff to get to the alarm panel) and pack and to strike the tech.

At least the alarm hadn’t gone off until AFTER the show was over.

I always hope we’l have an exciting show, but this wasn’t exactly what I meant.