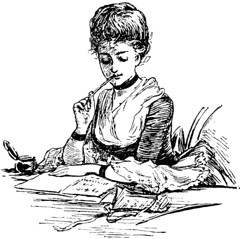 It’s so much easier to give instructions to a performer or tech person, if we all speak the same language; in this case, a location on stage. Not all of us come from a theater background, so here’s a quick primer.

Now look out at the audience, you’re facing downstage. Turn around and now you’re looking upstage. I’m sure you’ve heard of “upstaging” someone. That happens when someone further back on the stage is drawing attention from the performer downstage and/or forcing them to turn their back on the audience to look upstage.

Why “up” and “down” instead of, say, “front” and “back”? Other than we already have a “backstage”? Until the 20th century stages were to be raked, that is, they sloped up away from the audience to improve the audience’s ability to see and hear the action. The performers were literally going up and down the stage as they moved closer and further from the audience.

Of course the very middle of the stage is center stage. You can also be center left, center right, down center, and up center. I usually specify “center center” for dead middle, but I’m not sure how common that is.

If everybody on the team uses these terms, you can be confident that everything and everyone ends up on the stage exactly where they’re supposed to be,

Like this tip? There are lots more in Miss Mina Murray’s Little Book of Better Burlesque.