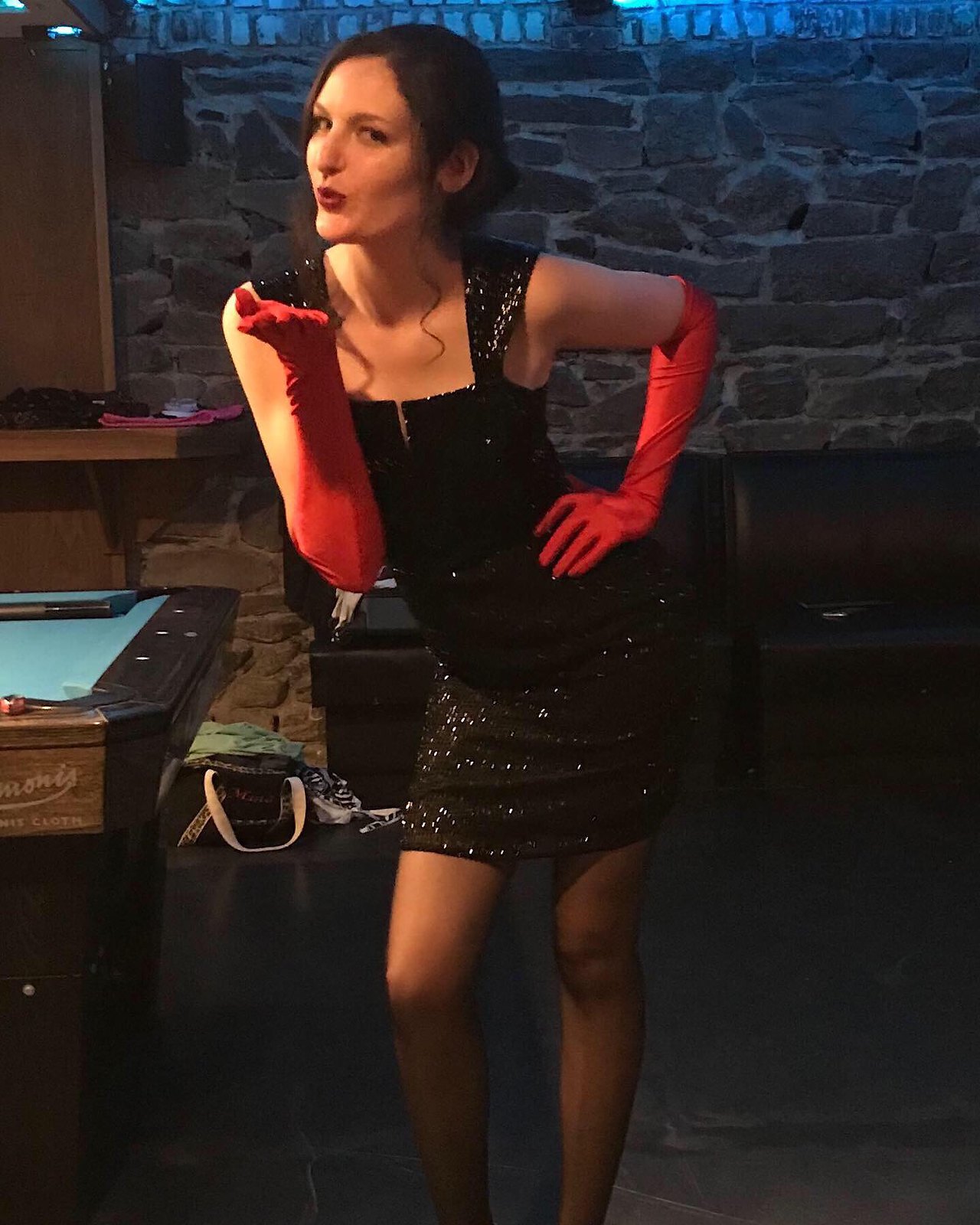 We have a new troupe member!

Electrix joined us as an apprentice at the beginning of the year. Previously she had taken classes at B.A.B.E. and volunteered at one of our shows. She was also performing burlesque around Boston, so her dedication to the art was pretty obvious. We had no idea at first how truly dedicated she was. You see, she lives in another state. Twice and sometimes three times a week she was driving much further than any of us, never with any complaint.

Although rather shy, she quickly jumped in, cheerfully doing whatever needed doing, like set up and break down and stage kittening. She had also been a professional theatre lighting tech (hence the name) so she was happy to be our follow spot operator when we needed it. And she loves cats a lot and Albert has reaped the benefits of her affection.

She and I first worked together when Scratch cast her as my naughty maid in “Mistress and Maid”. I was so impressed with how fast she learned the role and how hard she was rehearsing on her own time. She had video of Brigitte performing, but put her own spin on the part instead of just trying to replicate what she saw.

She made her solo debut at Surflesque in June and we decided to renew her apprenticeship for the summer. She has learned several group numbers and last weekend she debuted another solo. She’s also been making her own costumes and studying burlesque history.

As autumn approached and her apprenticeship was winding down, we thought about how hard she’d been working, how much talent she had, what a great attitude she showed, and how nice she was to be around. In other words, she felt like a member of the troupe, so we decided to make it official. We asked her to join us and she accepted!

Look for great things from this long-legged lovely!