I know it’s been a long time (a year!) since I gave you a new book review. Here’s one for a brand-new, hot-off-the-presses book.

I’ve enjoyed Leslie’s previous books (Behind the Burly-Q and Goddess of Love Incarnate) and this one is just as good. Her writing is very accessible and she brings these long departed people to life. The history of burlesque, at best a niche art, could be so easily lost and I’m glad these engaging books are capturing precious bits of information and bringing them to a wider audience.

We all know Sally Rand as the most famous fan dancer of all time. But was she the first? Faith Bacon, a beautiful, but fragile showgirl, seems to have originated the feathered tease. Zemeckis follows the lives and careers of both women through triumph and catastrophe. In a simple summation one could say that Faith had a tragic life, overshadowed by the successful Sally, but there is more to the story.

Faith Bacon was considered one of the most beautiful women of her time and her daring suggestion that she use fans to cover her nude body should have cemented her place as a star on stage. Sadly, drug addiction, poor choices, and plain bad luck dragged her into obscurity and a short life. Sally Rand, less attractive but more vivacious, by determination and ambition, made the fan dance synonymous with her name. 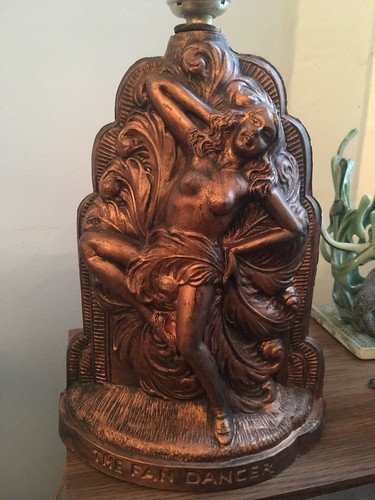 You can see to the right a souvenir lamp from the 1933 Chicago World’s Fair from our collection. It’s just labeled “The Fan Dancer”, but is always identified as Sally Rand, despite the fact that both women performed at that event. One could say Sally had the success story, as she had a long life, performed for most of it, and is remembered today, but she had her share of hardships. She was constantly performing because she was chronically running out of money.

Although the fan dance has become a staple on the burlesque stage, neither woman would have considered herself a burlesque performer. They didn’t strip, but used the fans to conceal and tease. Faith was a showgirl, performing for Ziegfeld and Carroll, while Sally, after struggling in Hollywood, found her place performing at World Fairs and Expositions.

Telling two stories in alternating chapters is a challenge for a writer and sometimes feels forced (I’m looking at you, Thunderstruck) but these two women did have lives that ran in parallel, met, intertwined, and ultimately diverged. Since more than century has passed since the birth of the feuding fan dancers there were fewer eyewitness accounts that in the author’s other two books, but she fleshed out the stories with many other sources. If you love the fan dance or burlesque history in general, this is a must read.

Just for fun, here I am with the author at her book event in Cambridge. 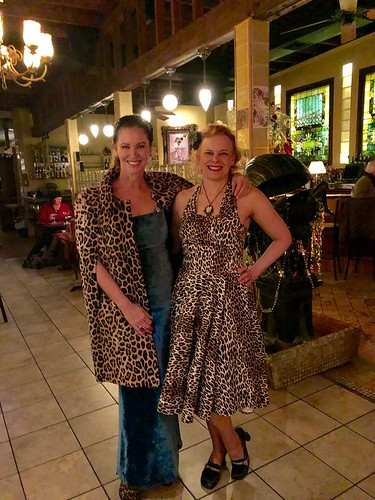