At the end of March I attended the first ever RVA Burlesque Festival in Richmond, VA. I was so thrilled to be accepted — I’m hardly ever accepted to festivals, I knew four of the producers, and I’d never performed in VA before. However, the festival was originally scheduled for the end of March 2020. Needless to say, that didn’t happen. Two years later and it was finally time! 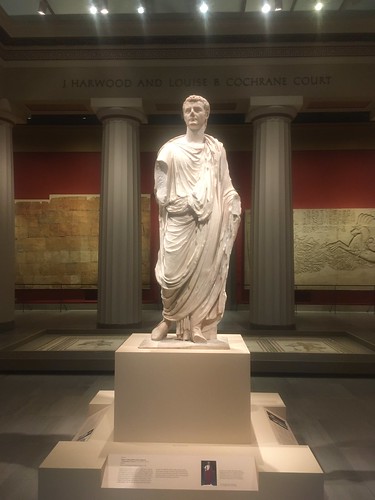 I was performing in the Friday night showcase and flying down Friday morning. I was a little nervous as it was my first time flying in over a year and I had heard horror stories of long security lines and canceled flights. But everything went smoothly and I arrived on time. Which meant I had time to kill before I could check into my accommodations. Fortunately, I was staying a mere couple of blocks away from the Virginia Museum of Fine Arts, and you know I can never resist a museum.

I had enough time to relax, have some lunch, and unpack before heading to the Dogtown Dance Theatre for my tech rehearsal. The venue is a real theatre — professional lighting, wings with multiple legs, backstage cross, marley floor. After so often performing in makeshift spaces, this was exciting! We also got a really nice swag bag. 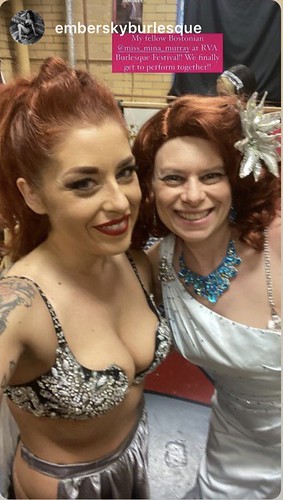 With plenty of time before the show, I hung out in the dressing room, which was well stocked with snacks and drinks. One of my favorite parts of festivals is seeing colleagues from around the country and meeting new folks. I spent a good deal of time chatting with Lady Fingers, from New York who was set up next to me. It was great to see Ember Sky, recently moved to Boston from Seattle, and Murphy Lawless, who I met at the NOLA Burlesque Retreat. 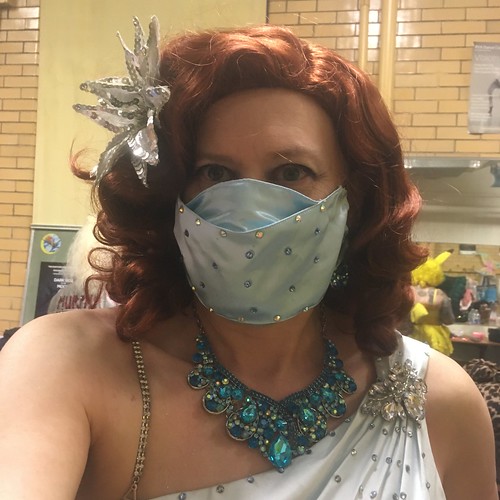 The venue required masks, except on-stage, so I made one to go with my costume. Because I was on second after intermission I was able to watch the first half of the show and saw the above-mentioned three performers before deciding I needed to give my feet a break before it was my turn to hit the stage.

It was a thrill to perform in front of an audience in new city. I’ve been performing this number a lot recently, so between that and the great introduction from Ego Von Hubris, I felt completely confident. The audience was terrific, lots of cheering! Unbeknownst to me, there was a photographer there from the Richmond Times-Dispatch and two pictures of me ended up in their piece. 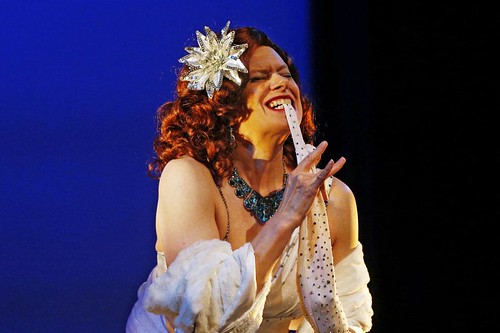 Here’s one of them, by Eva Russo from Richmond.com 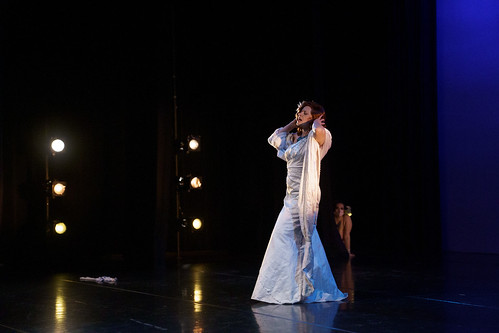 This one is from Milotic D Photography, the festival photographer.

It was a late night, made later when the occupants above my room came home very loudly at 2am, but I was still up bright and early to get a fried chicken biscuit and some tea from Early Bird Biscuit Co. before heading out for the Playing with Panels class with Lottie Ellington.

It was so good to see Lottie again! The class was a lot of fun and gave me some ideas to up my panel skirt game. It was even better to spend a little time with her afterwards, catching up and hearing the  latest about Miss Toni Elling.

One of my least favorite parts of festivals is that I’m usually traveling solo and I sometimes get a little lonely. There was no central place where everyone was staying, like some festivals, so it wasn’t easy to just hang out. In 2020, before the festival was postponed I had made arrangements to share a hotel room with three other women, but I was on my own this time. So I was pleased to join Ember Sky and her traveling companions and local friends for lunch. 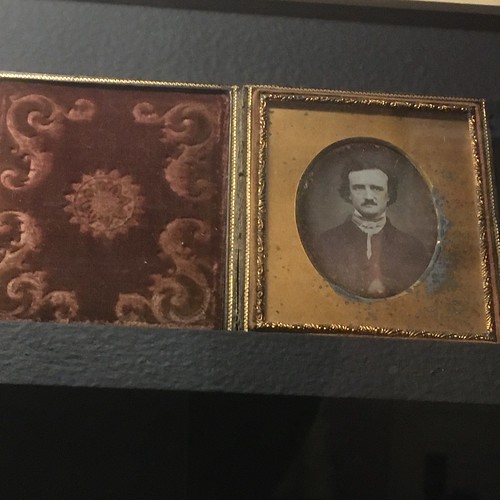 After that we went our separate ways because I had a very specific sightseeing destination — The Poe Museum. He lived a long time in Richmond, so they like to claim him, but so do New York and Baltimore. And let’s not forget that he was born in Boston and did his military service at Fort Independence, just a short ways from me. It’s a neat museum, spread out through several small buildings around a lovely courtyard. They have a number of great artifacts (and some filler and reproductions). I think my favorite was the candelabra under which Poe wrote “The Bells”. I wish it had been warmer, so I could sit in the garden for a bit. I was hoping to spot the resident black cats.

In the evening I returned for the second night show. Lottie Ellington had recommended Croaker’s Spot where I sat at the bar with a book and enjoyed a crab cake sandwich that was perfection. As thrilling as it is to be on stage, it was nice to sit in the audience and enjoy the entire show. It was a great mix of styles and some really creative performances. There were several that I couldn’t wait to tell the troupe about. I was particularly delighted to see Jaqueline Boxx’s headlining act. She’ll be completing for Queen with it at BHoF, but I’m not going (as usual) so it was a treat to see it live.

I lingered long enough to say my goodbyes, and have an unexpected and excellent conversation with Ellie Quinn, before returning to my lodgings to get a few hours of sleep before heading to the airport for a 6:30am flight.

Yes, you heard that correctly. I had to be in Boston in time to teach a 12:30 Introduction to Burlesque class and that was the only flight that would work. Happily, Scratch picked me up at the airport and took me out to breakfast before returning to The Manor so I could get a couple of hours of sleep before teaching.

Another rhinestone for my travel map! 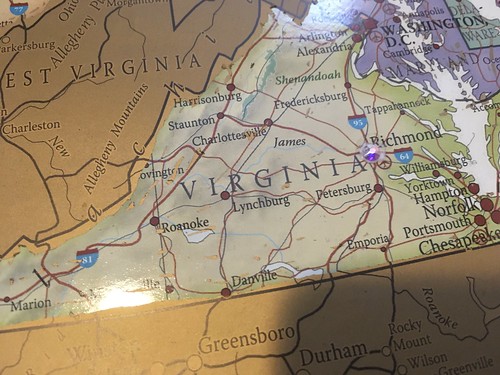 The festival was fun and ran smoothly (at least from my perspective). It was also very organized. I got my share of the tips within days and photos shortly thereafter. Video arrived only a couple of weeks after the festival. The only downside, as I mentioned above, was not staying in the same place as other performers and spending a ton on carfare. However, overall, a pretty great experience.

These writings and other creative projects are supported by my 16 Patrons. Thank you so much! To become a Patron, go to my Patreon page. Or you can just tip me if you liked this.